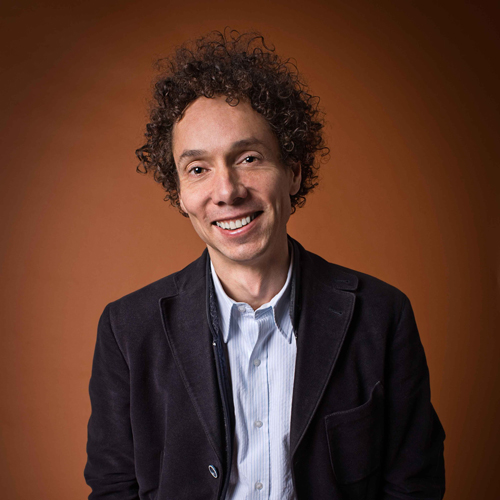 Malcolm Gladwell has an incomparable gift for making new ideas in the social sciences understandable, practical and valuable to both business and general audiences. He is the author of five perennial bestsellers including The Tipping Point, 400+ weeks on the New York Times bestseller list and now, his latest, David and Goliath: Underdogs, Misfits and the Art of Battling Giants.

As the author of five New York Times bestsellers — The Tipping Point, Blink, Outliers, What the Dog Saw, and his latest, David and Goliath: Underdogs, Misfits and the Art of Battling Giants, it's no surprise Gladwell has been named one of the 100 most influential people by TIME magazine and one of Foreign Policy’s Top Global Thinkers.

He has explored how ideas spread in The Tipping Point, decision making in Blink, and the roots of success in Outliers. With his latest book, David and Goliath, he examines our understanding of the advantages of disadvantages, arguing that we have underestimated the value of adversity and over-estimated the value of privilege.

Malcolm is an extraordinary speaker: always on target, aware of the context and the concerns of the audience, informative and practical, poised, eloquent and warm and funny. He has an unsurpassed ability to be both entertaining and challenging.